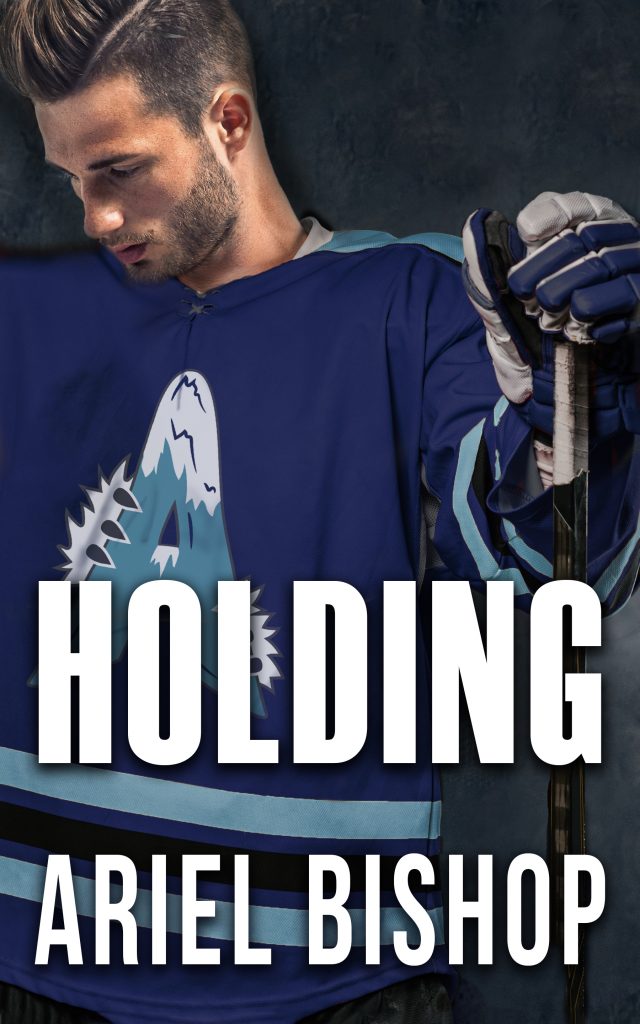 Rookies Kevin “Mikey” Michaelson and Anatoly “Tolly” Petrov are taking the Continental Hockey League by storm. The junior d-partners, roommates, and best friends have racked up point after point in their debut season with the Alberta Abominables. They may have only met a few months ago for training camp, but they’re already inseparable on and off the ice--until one fateful second, when Mikey is injured during a game.

Sidelined with a concussion and a broken wrist, Mikey has a hard time with even basic tasks when he first comes home from the hospital. Thankfully Tolly is there to help with food, getting dressed, and whatever else he needs. Before too long, the aftermath of a late-night confession brings them even closer than before, and has Tolly feeling things he’s not quite ready to share.

But while Mikey’s been recovering, the rumors are flying fast and furious in the CHL world. With the league trade deadline looming, this new thing between him and Tolly might just come with an expiration date--and there’s nothing he can do to stop it.

Will the Abs trade Mikey away?

Will Tolly ever find the nerve to tell Mikey about his feelings? Or will they stay friends and let the rest slip away?

HOLDING is a stand-alone romance with no cliffhangers! Each book in the Tripping series can be read on its own in any order.

Tolya barely hears the rattling noise—honestly if he hadn’t been listening closely, he probably wouldn’t have noticed it. But seriously, Mikey’s only been home from the hospital for a few days. Sure, he smells a little rank, but he still gets dizzy spells. Showering, alone, where he could fall and crack his idiot head open—again—is a terrible idea.

Unfortunately, even though Tolya spent the entire time he was taping a plastic bag over the cast explaining this, Mikey decided to dig in his heels and insist on showering alone. So maybe Tolya found something so interesting on his phone that he ended up leaning against the wall outside the bathroom door. Maybe he burst through the bathroom door as soon as he heard the rattle and thump. Possibly.

“Goddamn it, Tolly,” Mikey says through gritted teeth, but he’s slumped against the glass shower enclosure, his eyes closed.

“Bro,” Tolya says, stripping off his shirt as he crosses the bathroom. “If you give yourself another concussion, literally everyone will be lining up to kick my ass. Including me. Don’t make me have to kick my own ass.”

Mikey sighs so loudly it’s audible even over the sound of the shower. “Dude, I fucking reek. I can feel my skin crawling with how gross it is. I just want to be clean.”

“I know.” Tolya finishes taking his clothes off. “Move over so I can come in.”

Tolya rolls his eyes. “We shower like ten feet apart most days, it’s not like I’ve never seen your dick. You want to be clean, I want you not to fall down. Just pretend I’m not here.”

Mikey splutters, but he does shift over so Tolya can pull the door open and step into the shower stall. “Dude—”

“Just pretend I’m not here,” Tolya says again, leaning against the tile, close enough to grab Mikey if he starts to slip. He does his best to keep his eyes firmly at chest level or above, sort of unfocused.

It shouldn’t be this difficult, honestly. He’s been sharing locker room showers with other people since he was old enough to play, but this is different somehow. Maybe it’s the close quarters, or the fact that this is a home shower and not the wide-open space of a locker room. Whatever it is though, it feels strange enough that he can’t quite settle, shifting restlessly.

After a second, Mikey reaches for the washcloth and his body wash, then makes a frustrated noise when he realizes he only has one functioning hand to use.

“No,” Mikey grits out. He manages to drape the wash‐ cloth over his casted hand so he can squeeze the body wash onto it. He puts the body wash back on the shelf carefully, then grabs the washcloth with his free hand and starts clumsily lathering himself up.

Tolya jerks his eyes upward when they start following the path of the washcloth down Mikey’s torso. There’s something terribly domestic about this that doesn’t happen when they’re in the showers after practice. It’s…intimate. Yeah, sure, he and Mikey are close—PR has really been pushing that narrative and there’s been a bajillion puff pieces about their “bromance,” which isn’t entirely inaccurate.

But something about the situation, the steamy air of the shower, the shower that’s objectively large but feels suddenly cramped with two professional athletes crammed into it, the way Tolya’s suddenly aware of Mikey’s body, not as a thing to function for the team, but an aesthetic object, the flex and play of his muscles as he strains to clean as much of himself as he can—

He’s so lost in thought that he almost misses it when Mikey leans over to scrub at his legs and starts to wobble, then tip over. Tolya catches him under the arms and hauls him upright. Mikey takes a stumbling step trying to catch his balance, but his weight on Tolya is enough to push them both backward.

Thankfully the shower wall stops them, the cold tile shocking against Tolya’s back in contrast with the warm, steamy air. It’s a welcome distraction, though, because Mikey’s body is plastered against his. Mikey’s naked, wet body.

Tolya’s cock takes this moment to remind him that he hasn’t gotten laid in awhile, and that he’s been too stressed and tired the past few days for more than a cursory jerk-off session. His cock is the literal worst.

“Sorry,” Mikey says, his voice soft and a little breathy and definitely not helping.